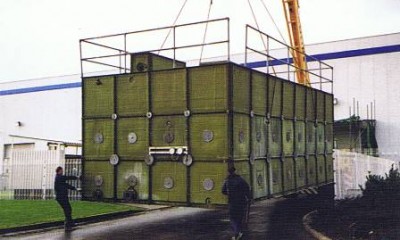 An old style sectional water tank with internal stay bars at a site in Shropshire. This tank was sited externally and was leaking badly. The tank was lifted out in one piece over the Christmas shutdown. 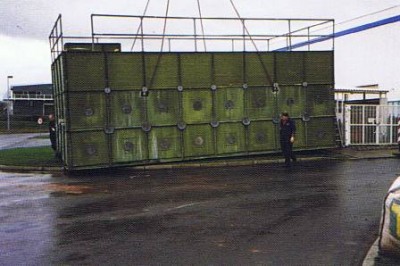 We replaced this old style sectional tank with two of our Precolor Exell one piece tanks.

Our excel range of one piece tanks are designed specifically as an alternative to externally sited sectional tanks.

Our two Exell tanks were piped together to allow each tank to be shutdown for cleaning whilst the other tank is kept running. 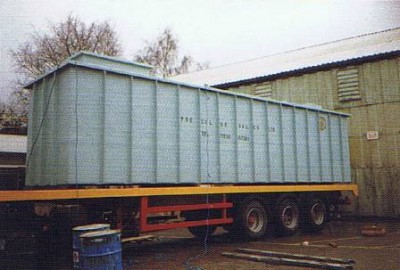 Exell tanks have no internal stay bars or joints and there are no expensive on site erection costs. 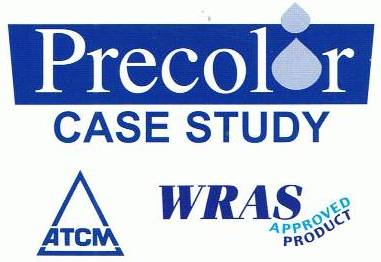 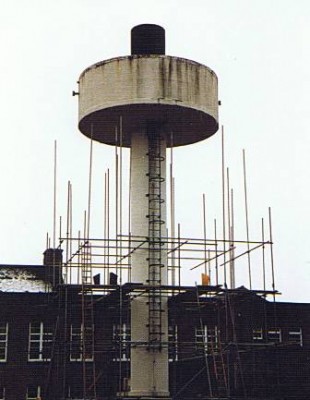 Shown left is the water tank supplying a school in Staffordshire, built on a concrete pad moulded into a chimney over 70 feet high! 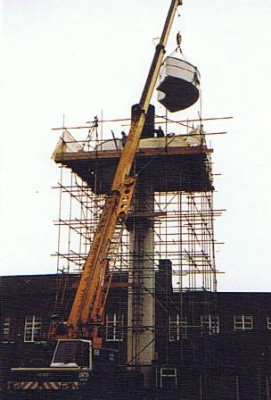 With a one week deadline, the job had to be carried out and completed over the half term break in February.

Scaffolding was erected over the first weekend; the existing tank cut up and removed on the Monday and Tuesday.

Precolor was the only company willing to take on this extraordinary contract. 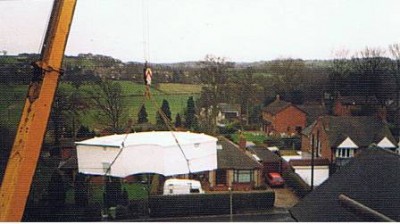 Our new semi circular tanks were delivered and craned into position on the Wednesday. 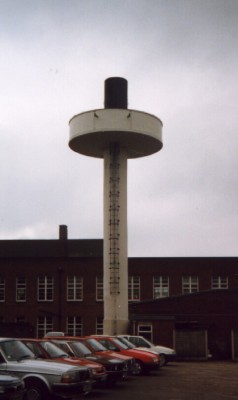 The tanks were plumbed in, chlorinated and up and running by the following Monday for the school to reopen for the new term.